Market conditions have been average over the past few months’ with the ASX200 trading sideways since June.

A mixed earning season and also global uncertainty with North Korea and Trump have weighed heavily on the market.

It’s been frustrating for traders, with very few stocks running with great movement; however ShareSmart has brought up some great trades on the scanner in this difficult period.

Price was finding resistance around $1.90 from March to the start of May where it finally broke through and moved sharply higher for the next month, creating a new resistance level around $2.49. 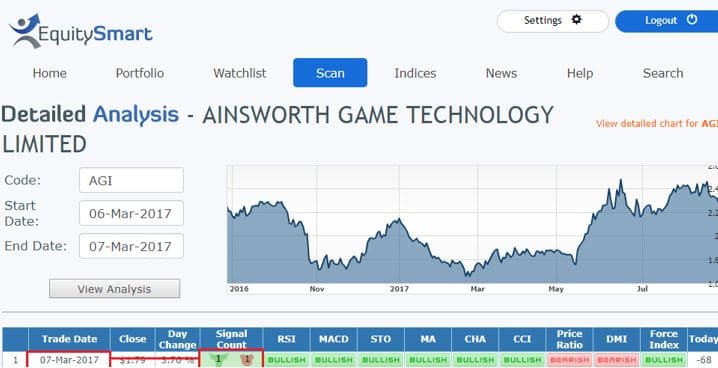 A2M has had a lot of attention with its exports to China boosting the share price to record highs. A2M found resistance around $3.82 in early July before breaking out on the 26th of July and moved sharply higher to make a peak of $5.37 on the 28th of August.

BUBS are a baby food producer and were recently listed on the ASX this year for $0.12 per share. The share price traded sideways for most of the year before finding a new resistance at $0.162 in May before breaking out mid-June, moving up a whopping 341.94% making an absolute high of 0.96 in August.

Even though the market has been down, there have been great opportunities around that have been brought to our attention via the ShareSmart scanner.

These stocks were put into the watch list using the ShareSmart process and monitored until they hit their key levels where action was taken.

Call now on 1300 992 391 if you are interested in the ShareSmart scanner plus education and want to stay ahead of the game.